We are pleased to offer educational tours of Canterbury to students in a variety of languages, to complement current studies. Led by fully qualified city Guides, these tours can be tailored to your group requirements.

Who are these tours for?
These tours are ideal for British school and university pupils studying a foreign language. Our fully qualified Guides offer interactive tours, many are ex teachers, and we also have a number of native French and German speakers. A great way for students to practice their listening, comprehension, and oral skills, whilst learning about history in a beautiful city.

What languages are available?
French, German, Spanish and Italian.

These tours will be tailored to the ability of the group and the educational level, from "easy/slow"with some English translation if necessary, to more comprehensive & technical for fluent students. 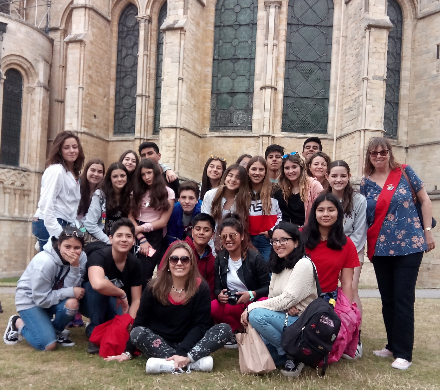 What is the format of the tour?
Tours last 60-90 minutes (depending on age group) and will include the central medieval lanes in addition to the Cathedral Precincts, unless a particular topic is identified and the route is varied accordingly.

What subjects are included in the tour?
We can offer a standard tour of Canterbury, in the preferred language, (covering notable points in Canterbury's fascinating history, royal connections, the evolving architecture, fun facts and gruesome stories), or we can tailor it to include connections to the country of language study, as follows;

French - Canterbury en Français
The history of Britain and France become intertwined in Canterbury at many times over the years. Discover more about the following:

German - Canterbury auf Deutsch
From the settlement of Anglo-Saxons in the 5th century, to the devastating period of WWII, Germany and Britain have a long and turbulent history together which can be seen throughout Canterbury as follows:

Spanish - Canterbury en Español
Perhaps England's most infamous King, Henry VIII, took Katherine of Aragon, born in Spain in 1485, to be his first wife. Discover their links with Canterbury.

Italian - Canterbury in Italiano
After the Roman invasion in AD43, Durovernum Cantiacorum was established, a thriving settlement, evidence of which can still be seen today. 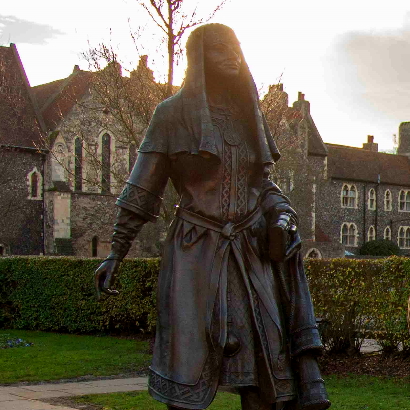 She welcomed Augustine and Christianity to Kent 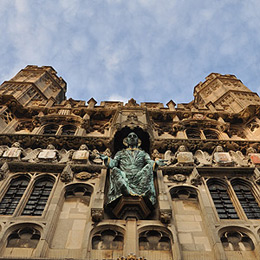 The bronze sculpture of Christ by Klaus Ringwald 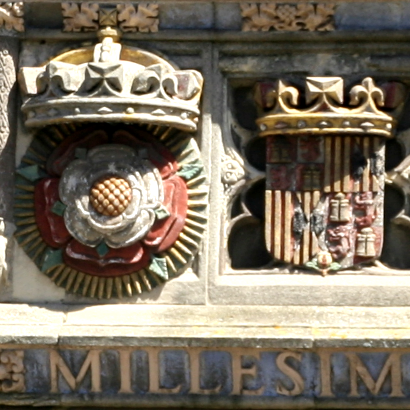 The arms of Aragon and Castille, seen on the Christ Church Gate 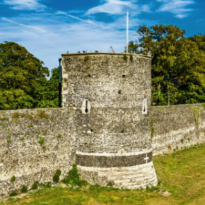 The first walls were built by the Romans

What is the cost of the tour?


Discount: For every 20 students/children, 1 adult goes free.
Please note there is a minimum charge of £80.00. These are 2022 prices Please contact us to make a booking

Contact us
If you have any questions about this tour, please contact us on guides@canterburytouristguides.co.uk, or call (+44) 1227 459779

Canterbury is a great place to spend a whole day, with a variety of attractions and places to visit. We are happy to offer ideas and advice for groups wishing to stay longer.